Why are so many young people dying to be thin?

Being a young woman in todays society is very challenging. We have a lot of expectations placed on us from a young age. Mainstream Media often sets unrealistic and unachievable ideals in body weight and image and some people are affected by pressures in society to such an extreme that it causes them to have an unhealthy relationship with food. Young people are literally dying to be thin.

A lot of young women, especially teenagers,  are either starving themselves or binging and purging food. Most recently, the sad story of Nikki Graham has made the front pages of the same media that repeatedly promotes unhealthy celebrity bodies which portray the unattainable ideals for so many women. 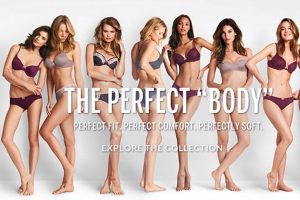 Victoria’s Secret were slammed for their use of this image in the ”perfect body” campaign. They received backlash for portraying unrealistic body types.

A tremendous amount of pressure is placed on young women to be thin, Magazines, newspapers, advertisements all show women below a size 14. It’s as if larger women don’t exist for some mainstream media sources.

Adele, who was famed not just for her voice, but also for her curvier figure has slimmed down to a size 10. Some media reports state that she is ”happier” now she is thinner, so reinforcing that state of mind is significantly affected by being thin.

Some women, including myself in my teenage years, will do anything to be thin. It is regarded as being attractive so why wouldn’t young impressionable minds want to be liked?  I would go to any length, the main way of controlling my weight was through the eating disorder Bulimia.

For those of you that don’t know what an eating disorder is, this blog will provide some definitions along with useful tips on recognising eating disorders within ourselves and in others.

We will also give some tips on what to do if you have confirmed that this is something you or another suffers with.

When eating becomes an obsession.

An eating disorder is a serious mental illness, characterised by eating, exercise and body weight or shape becoming an unhealthy preoccupation of someone’s life.

Those who have had experience of bulimia will know that  it is like having a phobia of food, but being addicted to it at the same time. It is a cycle that sufferers become stuck in,  with an obsession of numbers, calories, pounds and dress sizes. 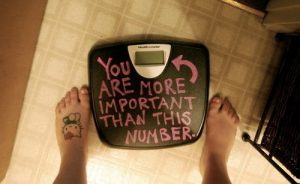 The tell tale signs they don’t want you to see….

It’s difficult to know whether someone is experiencing negative emotions around food and eating, most people have ways of hiding and masking their disordered thinking.

There are some indicators, although the list isn’t exhaustive and not every symptom means that there is a problem:

Do you, or someone you know, always worry about the way you look, not just mild worry but if it dominates your / their life more than anything and no matter how slim you are? How often do you think that you are fat and not good enough? When no amount of reassurance can tell you otherwise, it is important that you seek help straight away.

Listen! never underestimate the power of open and honest communication.

Reinforce the message that trying too hard to be thin rather than healthy can lead to unhealthy body states, including sickness.

Suggest that they get professional help, some of the helpline numbers for eating disorders are below.

Do not make their weight a focal point.. if someone asks you if they look fat, say something like ”why does weight matter’. Concentrating on them will  feed into the illness

Eat together and plan meals for  the week together

Stay around someone for 45 minutes after they have eaten.

Only weigh once per week, no more, no less.

Teenagers – order the clothes online- there are mirrors in shopping malls which can exacerbate the disorder.

Do not keep it a secret – tell people about it,  its easier to hide it and keep it a guilty secret but people can accommodate you and stop being put in situations that you feel uncomfortable with

Make sure they are hydrated with supplements

Encourage them to be healthy, not to be thin 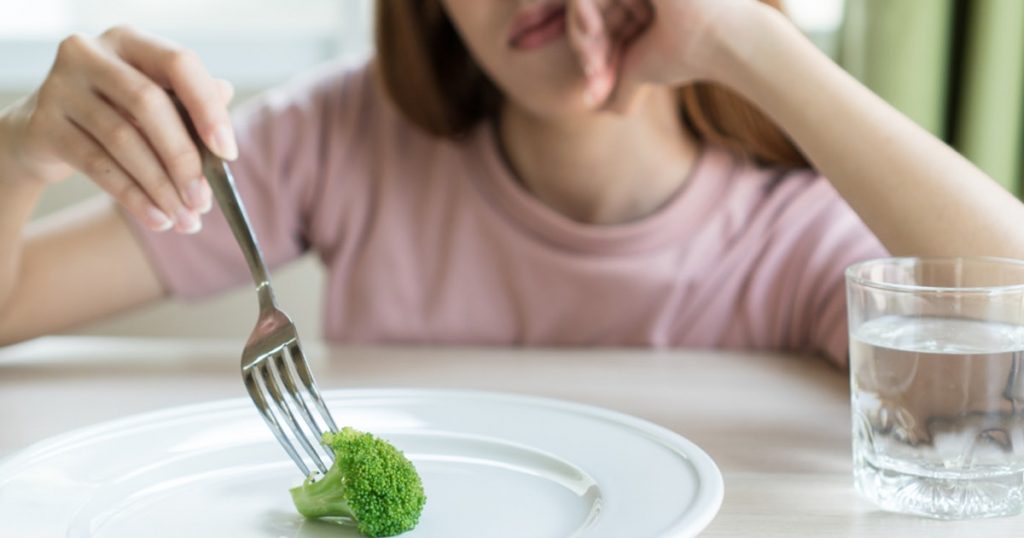 ”I think I have an eating disorder, but all i want is to be thin”

The first step to unleashing yourself from any disordered thinking…. is to really want to.

Allow yourself be measured in ways other than calories, pounds and dress sizes.

A common problem for people with Anorexia or Bulimia is that at times they can feel comforted by the illness, and it becomes a part of them.

You are not defined by your disorder!

There is a danger that you can stay locked into your disordered thinking by being afraid of having no identity without it. Who will you be? What will you do? How does your ‘normal’ day look now?

In this case, it is a good idea to find things you like doing, for instance creative pursuits including art, needlework, writing, up-cycling etc.

If you find a different identity then it will be easier to let go of the eating disorder.

Avoid  going on eating disorder websites as they can perpetuate the disorder.

If you are a parent that is worried about their child’s eating behaviours, know that you are not alone and that it’s natural to feel negative emotions in relation to it.

Having a child that has a problem with eating can take its toll on not just the child’s psychological wellbeing, but the parents’ as well.

It is natural to experience a variety emotions / mental states including : bewilderment, anger, helplessness, frustration and inadequacy.

Imagine a society where we did not measure a person in dress sizes, where women on the larger side were acknowledged and celebrated for their beauty, rather than being shunned because they have a few extra inches on their waistlines.

Nowadays, I do not measure myself in dress sizes, and its a freedom which gives me more peace every day.

We eat food for a reason. Our bodies need the nutrients, and when deprived of them it would be like not putting petrol in a car, it has to give at some point. The ultimate act of self love and self care is treating your body like a well maintained car. You put good in it, you get good out of it 🙂

Here are some numbers which may help:

Beat offers information and advice on eating disorders, and runs a supportive online community. Also provides a directory of support services at HelpFinder.

Samaritans are open 24/7 for anyone who needs to talk. You can visit some Samaritans branches in person.

DO NOT LET THE DISORDER EAT AWAY AT YOU!

Talk to us at The ME Project for support with your emotional wellbeing, we want you to be the happiest version of you that you can be.